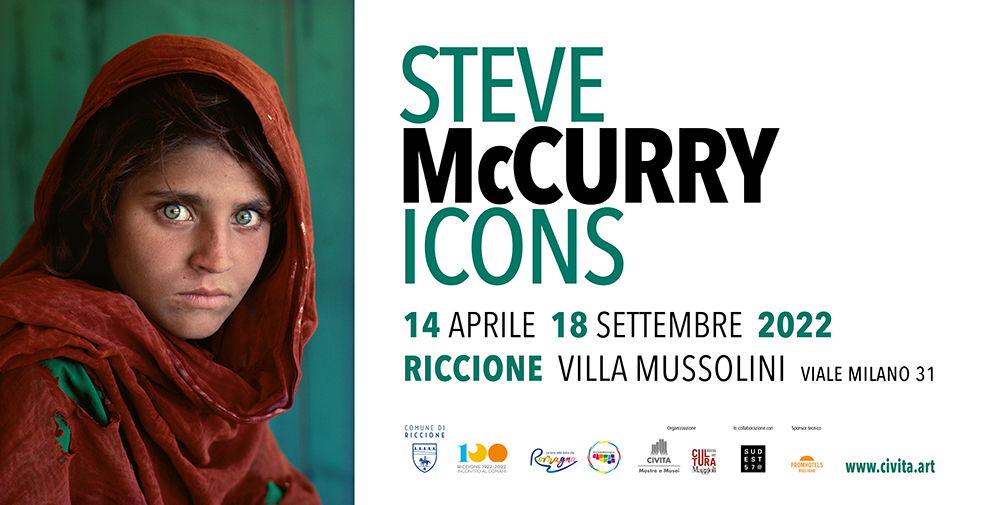 Steve McCurry is one of the most important photographers of our century and a point of reference for a large public, in youngsters in particular. Every shot by Steve McCurry describes a complex of experience and emotions and most of them have become real icons all over the world. The most famous picture of the artist is the portrait of Sharbat Gula, the Afghan girl who is considered a modern Monna Lisa.

Steve McCurry has the ability of collecting fascinating images even in the places of the world where life is difficult.

He took pictures of terrible moments, such as the tragedy of the Twin Towers, the Gulf War, the war in Afghanistan or Japan after the tsunami.

Steve McCurry was born in Philadelphia in 1950 and he started his photography career early, with a local newspaper. After three years he decided to travel to India in order to reach Pakistan and then Afghanistan with a group of mujaheddins, where he realized his first amazing reportage. Since then he collaborates with some of the most important magazines such as Time, Life, Newsweek, Geo and National Geographic.

Steve McCurry has established himself as one of the greatest photographers in the world with a career of over fourty years.

Opening hours from 14 April to 12 June

Opening hours from 13 June to 18 September

From Tuesday to Sunday from 4 pm to midnight

Here you can purchase the ticket at the partner price of € 10,00 with no presale charge.

The audio guide is included in the price.

Organized by: the city of Riccione, in collaboration with Civita Mostre and Musei, Maggioli Cultura and the company SudEst57.

The name (in local pronunciation Arcaton) comes from the Greek and Byzantine occupation dated back to the sixth century AD: "Archeion" is the name of a plant, the burr, which still grows spontaneously in some areas of the beach now occupied by the bathing establishments but which was once abundant on the desert shore of Riccione.

Stay tuned with us